The Heinz Big Bedford Van with opening rear doors was released in December 1955 at a cost of 8/3 with a baked bean decal design [below] and was shown in the January 1956 issue of Meccano magazine. It was supplied in a Dinky Supertoys box (blue/white striped). April 58 saw the release of a rare issue with revised decals - incorporating a ketchup bottle and a variant font [above].

As well as supplying the 923 Bedford Van, Dinky also produced a 920 Guy Warrior van with ketchup-design decals - never producing a baked bean version. The Guy Van was provided solely in a non-pictorial box, whereas the 923 was available in either/or.

I know lots of people prefer the 40's/50's Dinkys, but I like the 60's/70's ones, probably because there were still some around in shops when I was young in the early 80's (should have bought more of them, but I was only about 5 so had little spare cash!)

One of my favourites is the 190 Monteverdi 375L. This was issued as number 190 in 1969/70 and made until 1974. It had opening doors with chrome window trim, a chrome racing mirror on the driver's door, four jewelled headlights, very apt Swiss number plate decals, opening bonnet and boot and the nice cast Speedwheels with rubber tyres. There was also a good model of the Chrysler V8 that powered the real car under the bonnet.

It photographs pretty nicely too! The Omnisport Dinky van (of which I can't seem to find a different picture!) has been sold by Wallis & Wallis for £6,400. Bids apparently came in from the US, UK and Australia, but the model finally went to a British bidder, bidding via teleophone. The guide price was just £3,000!

Has everyone heard all about the amazing Dinky Omnisport Austin Van yet? It even made the evening news in the UK!

Here's a pair you rarely see! The Hornby Series Modelled Miniatures Motor Vehicles 22A, Sports Car and 22B, Sports Coupe. (Photo Source: www.dinkystore.com)
The Dinky Talbot-Lago Racing Car was launched in 1953 under the reference 23K at a cost of  2/6 and production continued until 1964. 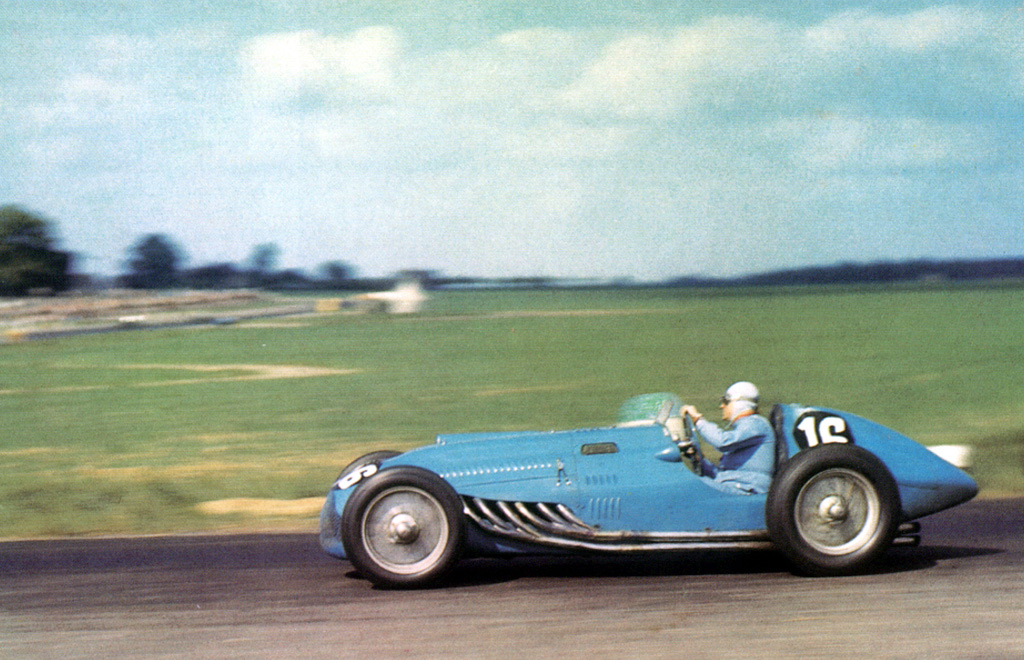 The model was based on the 1948 Talbot GP C26, which would have won the 1949 F1 constructors title has such a thing existed at the time.

(Photo Source: www.brewersofindianaguild.com)
The accuracy of the toy can really be appreciated when comparing it to the pictures of the real car above: even down to the use of herringbone tyres.
In its eleven year production life; the only changes made to the designs were made to the hubs, with the introduction of spun hubs and later, plastic hubs.
These were commonly red plastic hubs, but as shown below, a scarce variation with yellow hubs was also produced in small numbers.

(Photo Source: www.vectis.co.uk)
As with most Dinky Racing cars, the reference number was changed; first to 205 and then to 230. This is an unusual change, as all of the other cars moved from a 230 code to a 200 code; not the other way round.